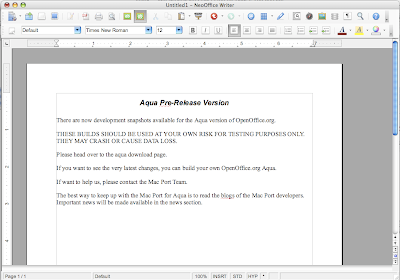 (If you ever wondered why OOo Aqua and NeoOffice are two very similar projects that run in parallel, then here is a couple of answers that shed some light on this situation)
Posted by Igor Minar at 11:53 PM

Thanks for you objective analyze.

FYI, there is a more recent build (including Tango icons) :